After four months of development and nearly six months of Koto and TestSTG 5 development, here is the latest installment of ZJSTG -- ZJSTG2!!

ZJSTG2 is a Touhou-style bullet-hell shooting game for Windows, Mac and Linux with 3 stages, 2 playable characters, 3 languages(S.Chinese, English and GoogleTranslatedJapanese) and 0 extra stages. In the game XGN and PC Man will work together to find out the reason why ZYQ has dropped out of school.

Using the modern hand-made engine Koto, compared with ZJSTG1 and other STG HHS has made, this game has a huge improvement on graphic quality, danmaku design, player friendliness, smoothness of control and music performance.

It includes several songs specially made for this game like Queen Dressed In Notes ~ Miniature Economy which is seldom seen in HHS project history.

The game is also a demonstration of Koto and TestSTG5 engine. 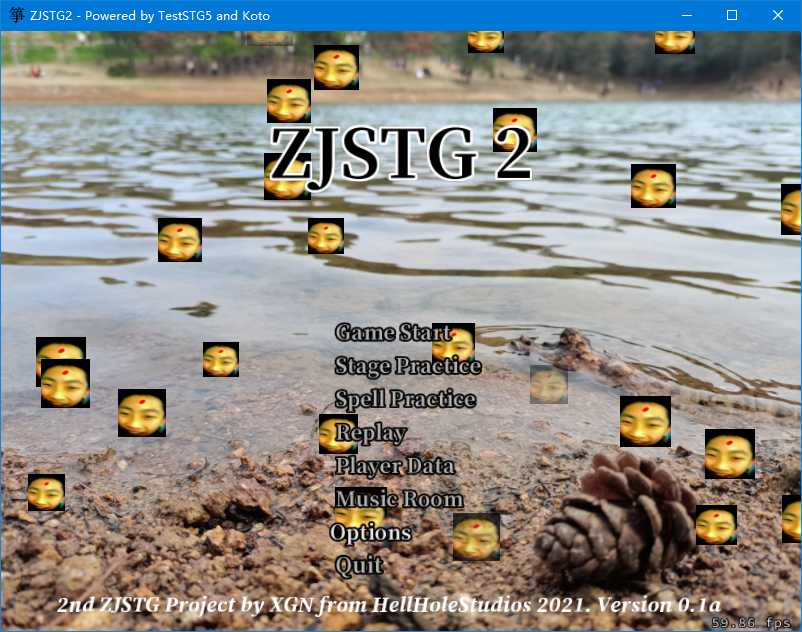 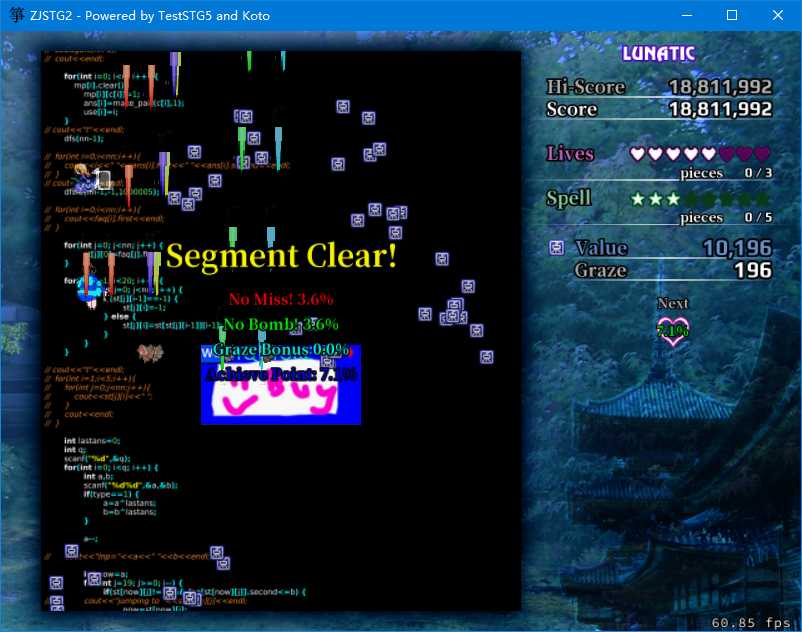 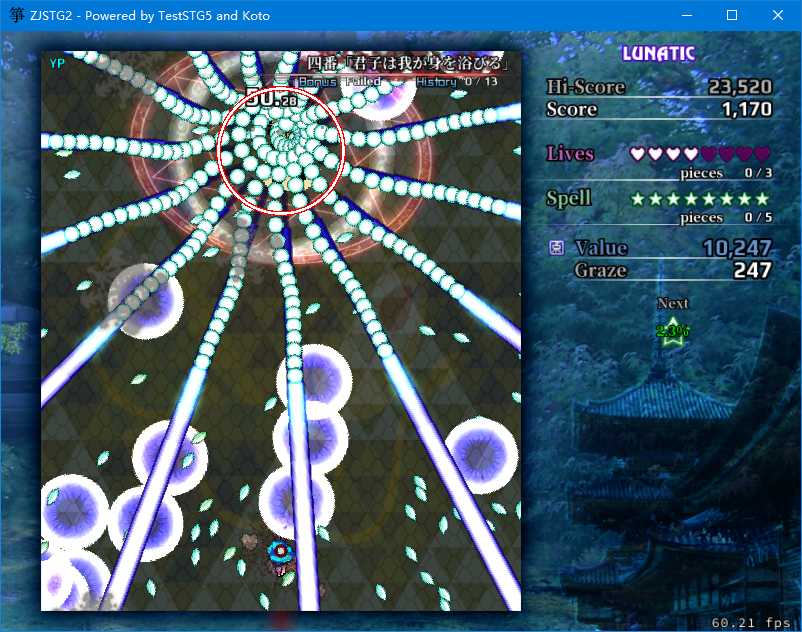 Each stage is split into small segments. Grazing and NMNBing in a segment increases the AP(Achieve Point) bar. Each 5% AP will earn you a piece of life or bomb.

You need Xdelta3 to apply the patch to the game: